Why We Love Music 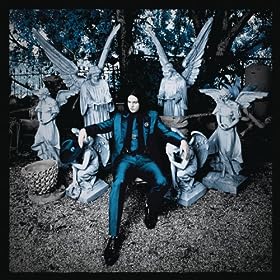 Comedian and Podcaster Marc Maron put it best. Jack White is haunted by the spirit of American Music. Of course that statement was made two years ago after the release of White’s debut solo effort, Blunderbuss. But the same is just as true, if not more, with White’s sophomore release. Lazaretto may strike many resemblances to its predecessor on the surface level, but those who dig deeper, though not too much, will find the signature creativity and variety that Jack White has promised us so many times before with The White Stripes, The Raconteurs, and The Dead Weather.

White’s most prominent inspiration for this record came from a series of characters and events from one act plays and poems he had written when he was nineteen. Though he claimed none of the works themselves were worth keeping, he took them and turned them into melodies, characters, and situations for his new record. But this writing process doesn’t Lazaretto’s sound fall far from White’s stylistic tree. All the guitar solos and catchy blues hooks anyone could ever ask for appear sporadically on this album between gorgeous folk and Americana tracks. The diversity of each song brings the listener into new worlds that range from characters with grimy pasts (High Ball Stepper) to those experiencing waning love (Want and Able.) And this technique of taking something old and worn and turning it into something beautiful seems to be the central theme of this record. Lazaretto’s lyrics may not be White’s deepest or most thought provoking, see the opener, “Three Women,” but they are the kind of simplistic songs that White’s work has been missing since his departure from the White Stripes. The childlike aura of some of the more folk inspired songs is something that hasn’t appeared since the days of writing “We’re Going to Be Friends” and “Effect and Cause.”

Maybe that’s where Lazaretto loses its appeal for some people. The simplicity of the lyricism has been a losing point for some when this album is brought up in recent conversations. But I don’t think it’s as overly simple as some people are making it sound. Jack White has always understood what to do when it comes to his music. Whatever a song lacks, be it lyricism or what have you, he makes up for with some other aspect. This album is not perfect by any stretch of the imagination, but it is well executed. The unique instrumentation we heard on Blunderbuss is turned up an incredible amount here. I love the use of piano, fiddle, and slide guitar; on songs like “Temporary Ground” especially.

I guess my only gripe about this record would be its lack of cohesion. Each song jumps from one genre to the next. I know there had to be some more thematic tracks record for this record since he told Rolling Stone he had over twenty songs recorded for it last year. Hopefully we’ll get some of those on B-Sides. That being said, I don’t think that takes away from the individual brilliance of these tracks.

Jack White has managed to give us another enjoyable sonic voyage and even though I wish there were a few more “Sixteen Saltines” sounding songs, I still got a handful of amazing tracks. And at the end of the day, that’s all I really want from a Jack White album. Well done again, sir.

Oops, you forgot something.

The words you entered did not match the given text. Please try again.

Reply JamosPeart
6:09 PM on June 13, 2021
You actually explained this terrifically.
https://topessayservicescloud.com/
how to write a career essay
https://homeworkcourseworkhelps.com/
help with college essay writing
https://theessayswriters.com/
what is the website that writes essays for you
https://topessayssites.com/
writing a good essay for college
https://edvardsen57langballe.webs.com/apps/blog/show/48618862-tri
k-menentukan-situs-togel-online-terbaik-

Arctic Monkeys - Why'd You Only Call Me When You're High?
322 views - 0 comments

Start a Free Blog at Webs.com